Professor of Planetary Computing at Department of Computer Science and Technology, University of Cambridge 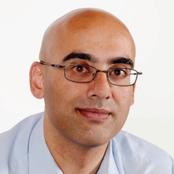 Professor of Planetary Computing, Department of Computer Science and Technology, University of Cambridge

Anil Madhavapeddy is the Director of the Cambridge Centre for Carbon Credits (4C). He is Professor of Planetary Computing at the Department of Computer Science and Technology in the University of Cambridge, and a Fellow of Pembroke College. He has worked in industry (NetApp, Citrix, Intel), academia (Cambridge, Imperial, UCLA) and startups (XenSource, Unikernel Systems, Docker) over the past two decades. At Cambridge, he is a member of the Environment and Energy Group at the Computer Laboratory, where he works on large-scale computation and sensing for environmental conservation. He is a long-time maintainer on open-source projects such as OpenBSD, OCaml, Xen, and Docker, and a seasoned entrepreneur who advises companies on technology strategy (currently Zededa, Tezos Foundation, Tarides, and others).

He received his PhD at the Computer Lab in Cambridge in 2006.