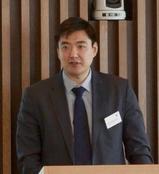 Bryan’s research examines the accumulation and allocation of capital for start-ups and SMEs through alternative circuits of finance in a geographical and comparative context. Since 2013, Bryan has led and co-authored some of the most influential industry reports on the state of alternative finance both at national and international levels. He has advised and collaborated with numerous institutions and organisations including the Financial Conduct Authority, the British Business Bank, the Department of International Development, the European Commission, the World Bank, Oxfam and Unilever. Bryan is also a Research Fellow in Finance at Cambridge Judge Business School and a Senior Fellow at the Financial Innovation Lab. Bryan was trained in economic geography and public policy at Cambridge and Oxford Universities.