James Meade Professor of Economics at University of Oxford 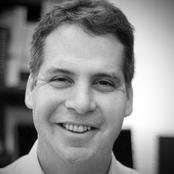 Hamish’s research agenda is focused on three connected sets of issues: first, what sort of uncertainty do individuals face over their life-times; second, how do individuals respond to this uncertainty; and third, what is the role of government, especially through social insurance, in mitigating this uncertainty. The uncertainty that individuals face is partly due to economic risks, such as to their future wages or employment, to the value of their assets, such as housing and pensions, and economy-wide risks such as of recessions or financial contractions. Individuals also face risks to their health and to family structure, and these risks often have economic implications, such as when health shocks mean individuals are unable to work. These issues are both microeconomic and macroeconomic, which are addressed using computer simulation and structural econometrics to model and estimate realistic economic environments. Hamish’s work has been published in leading economic journals including the American Economic Review and Econometrica.