Head of Research & Innovation Policy at Royal Academy of Engineering 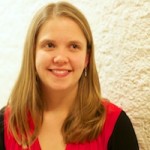 Helen Ewles is Head of Research and Innovation Policy at the Royal Academy of Engineering. She was previously a Post-doctoral research associate in the Department of Pathology, University of Cambridge. She obtained her PhD in 2011 from Imperial College London, and completed her undergraduate studies at University College London.

Her research focused upon understanding how viruses assemble inside cells to form complete viral particles and how these newly formed viruses spread from cell to cell. In particular Helen was investigating how Herpes Simplex virus, the causative agent of cold sores, spreads rapidly from an infected cell to a neighbouring uninfected cell. Helen also worked with Vaccinia virus to better understand its morphogenesis. Vaccinia virus is closely related to Variola virus the causative agent of Smallpox, as research is not permitted with Variola virus, Vaccinia is used as a model virus.

Helen also has a keen interest in the relationship between science and policy, she was a committee member of Cambridge University Science and Policy Exchange (CUSPE), a society run by and for early career researchers that aims to build stronger links between its members and policy-makers. Helen is particularly interested in how important scientific subjects at the interface of science and policy are communicated to the public.

In 2014, Helen took up a secondment in the Department for Business, Innovaton and Skills - you can read her case study here.