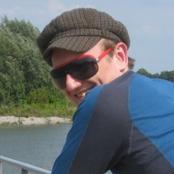 Dr James Woodcock’s research has focused on the development of integrated approaches for modelling the health impact of alternative pathways to reductions in greenhouse gases from urban land transport. James was first author on the transport paper in the Lancet series on climate changes mitigation and health, which was launched on 25 November 2009. After working on a series of projects as a consultant and at Oxford University and UCL, James joined CEDAR in July 2011 to continue research on transport and health.

He has led the development of the Integrated Transport and Health Impact Modelling tool (ITHIM) in conjunction with collaborators at the London School of Hygiene and Tropical Medicine. This tool represents a novel approach for modelling the impact of travel behaviours on population health outcomes (through changes to physical activity and road traffic injuries) and greenhouse gas emissions.

ITHIM is currently being used to design and model alternative transport scenarios for English and Welsh urban areas, California (USA), and Auckland (New Zealand). James is also using ITHIM to compare geographical and socio-economic variations in travel and the extent to which potential health and climate co-benefits are realised in practice. James is extending the functionality of ITHIM, working toward developing a version of ITHIM for use by policy makers and the public.

Beyond this, James is engaged in projects looking at the micro and macro economic impact of active travel and climate policies, and the potential for job creation in the green transport economy