Executive Director at Centre for Science and Policy, University of Cambridge 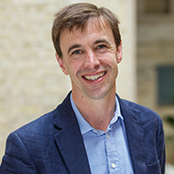 Rob Doubleday has been Executive Director of CSaP since September 2012. Previously Rob established CSaP's research programme. His research interests include the role of science, evidence and expertise in contemporary societies, in particular the relationship between scientific advice, public policy and democracy. His research develops collaborative methods of working with scientists and engineers on the public policy dimensions of their research.

In 2010 Rob spent a year on secondment to the Government Office for Science, working on policies to promote engagement between academia and government. Prior to this Rob was the principal investigator of a three-year Wellcome Trust funded project that studied the policy and public dimensions of nanotechnologies. He has published widely on expert advice and public policy, public engagement with emerging technologies, and on public policy dimensions of scientific knowledge. Rob's recent publications include Future Directions for Citizen Science and Public Policy (CSaP, 2021).

Rob has degrees in Chemistry (Imperial College, London) and Science and Technology Policy (SPRU, University of Sussex). He has a PhD in Geography and Science & Technology Studies from University College London and studied at the Harvard Kennedy School on a Fulbright Scholarship. Rob is an Honorary Research Associate at the Centre for the Study of Environmental Change, University of Lancaster.