at Faculty of History, University of Cambridge 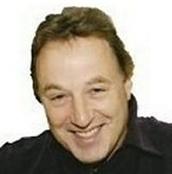 Professor of History and Public Policy, Faculty of History, University of Cambridge

He is a long-term honorary research associate of the Cambridge Group for the history of Population and Social Structure and currently investigating newly-available child mortality and fertility data from the 1911 census. He is the joint holder of the Wellcome Strategic Award 2009-2014, for which he is researching the theme of 'Generation to Reproduction'.

His is the co-editor of The Big Society Debate: a New Agenda for Social Welfare? (2012), which offers historically grounded, internationally informed, and multidisciplinary analysis of Big Society policies and considers the challenges involved in translating the ideas of the Big Society agenda into practice.

In addition he is currently supervising research on topics including