at The Creativity Partnership 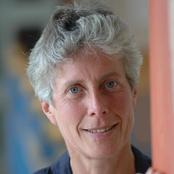 Anne Miller began her career with a degree in Engineering from Cambridge University, then spent 20 years leading teams developing innovative products in collaboration with the world’s leading companies. She is the inventor of a diverse range of products, ranging from Power Tools for Bosch to the manufacturing system for the Femidom (the "female" condom). She is probably one of the world's most successful female inventors, with 39 patents to her name.

Anne's interest and expertise in the psychological and organisational factors which foster creativity led her to play a key role in the development of the very successful and innovative culture of TTP Group, and in mentoring individuals to achieve their creative potential. She then founded The Creativity Partnership in 2000 in order to focus on this area.

Anne has long-standing interest and experience in the environmental sector. This started in the late 1970s when she was developing solar panels, heat pumps and one of the UK's first condensing gas boilers for Tube Investments Group. 2002-2004 she helped found the Stop Climate Chaos coalition of leading NGOs campaigning on climate change and served on the SCC Board from 2004-2010. In 2009 she set up the not-for-profit Green Enterprise Community, a peer-to-peer support group for early stage green entrepreneurs.

In 2007 her acclaimed first book was published "How to get your ideas adopted (and change the world)". She is currently a Trustee of Legal Response Initiative, a charity providing free legal assistance to the representatives of vulnerable countries in the international climate negotiations. She has also been a non-executive Director of British Antarctic Survey and Z-Tech, a creative provider of engineering solutions and services.