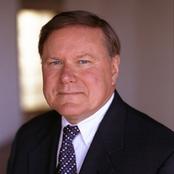 Charles F. Kennel is Distinguished Professor, Vice-Chancellor, and Director emeritus at the Scripps Institution of Oceanography at the University of California, San Diego. Educated in astronomy and astrophysics at Harvard and Princeton, after a post-doctoral year at the International Centre for Theoretical Physics, Trieste, he joined UCLA’s Department of Physics and its Institute for Geophysics and Planetary Physics. There he worked in theoretical and experimental space plasma physics and astrophysics, eventually chairing the Physics Department. He served as UCLA’s Executive Vice Chancellor, its chief academic officer, from 1996 to 1998.

From 1994 to 1996, Kennel was Associate Administrator at NASA, leading Mission to Planet Earth, the world’s largest Earth science satellite program. NASA influenced him to go into Earth and climate science, and he became the ninth Director and Dean of the Scripps Institution of Oceanography and Vice Chancellor of Marine Sciences at the University of California, San Diego. He now researches climate science and policy at Scripps. He has been a Distinguished Visiting Scholar at Christ’s College, Cambridge, for more than a decade.

Kennel is a member of the US National Academy of Sciences, the American Philosophical Society, the American Academy of Arts and Sciences, and the International Academy of Astronautics. He chaired and was the longest serving member of the NASA Advisory Council. He has chaired the US National Academies’ Space Studies Board, its Board on Physics and Astronomy, its Committee on Fusion Energy Science, and its Committee on Global Change Research. He has also chaired the California Council on Science and Technology Board. He is presently a member of the Council of the International Committee on Space Research (COSPAR), the Princeton Plasma Physics Laboratory Advisory Board, and the National Research Council’s Report Review Committee.