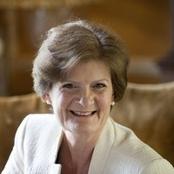 Dame Fiona Reynolds DBE is the current chair of the National Audit Office, she was appointed to the role on 10 January 2021, following confirmation by Parliament and HM The Queen. Her role is to provide leadership and direction to the NAO board, setting its agenda, and leading the non-executive members in providing support to the NAO’s executive management and the Comptroller and Auditor General (C&AG).

Dame Fiona is the former Master of Emmanuel College, Cambridge (2012-2021). She came to the College from the National Trust, of which she had been Director-General since 2001. Her appointment there ceased at the end of 2012. Before her position with the Trust, she was Director of the Women’s Unit in the Cabinet Office and was previously Director of the Council for the Protection of Rural England (now Campaign to Protect Rural England) and Secretary to the Council for National Parks.

Dame Fiona was a Non-Executive Director of the BBC and in December 2012 became the Senior Independent Director of the Executive Board. She is also a Non-Executive Director of Wessex Water. She was appointed CBE for services to the environment and conservation in 1998, and DBE in 2008. She studied for a BA (Hons) in Geography and Land Economy here at Cambridge, and stayed on to do an MPhil in Land Economy. She is married with three daughters and the family home is near Cirencester.