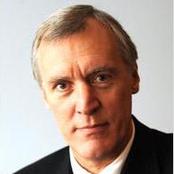 The Hon. Matthew Bullock is Master Emeritus of St Edmund's College, Cambridge. He was College Master from 2014 to 2019. Prior to becoming Master Mr Bullock had a long and successful career in the financial sector. He joined Barclays Bank in 1974, where he rose to become Regional Director in Leeds and Director of Risk Management and Group Senior Executive. Before leaving the Barclays Group in 1998, he held a senior position at BZW/Barclays Capital. From 1998–2011 he was Group Chief Executive of the Norwich & Peterborough Building Society. During this time he was Chairman of the Building Societies Association.

Even before his apoinment as Master Mr Bullock had established links with the University. He read History at Peterhouse as an undergraduate. He was a member of the University’s Audit Committee from 1999–2012, a founding member of the Judge Business School Advisory Board and its longest serving member (1985–2002), and Chairman of the Advisory Board for the ESRC Centre for Business Research. He is a 1596 Foundation Fellow of Sidney Sussex College and also a Trustee of Cambridge Past Present and Future.

In 2013, he was appointed Chairman of Transforming Pathology Partnership, a joint venture between six NHS trusts in East Anglia to combine their pathology services into a single organisation and he recently served as a Non-Executive Director and Chairman of the Audit and Business Development Committees of the Cambridge University Hospitals NHS Foundation Trust.

Matthew is a founder and Honorary Vice-Chair of Cambridge Ahead. For the last 12 years, Matthew has also been the chairman of International House Trust Ltd.