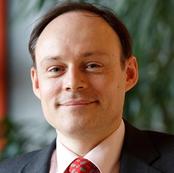 Professor Michael Pollitt is the Assistant Director of the Energy Policy Research Group and Professor of Business Economics in the Judge Business School at the University of Cambridge. His research interests include: Industrial economics; privatisation and regulation of utilities especially in electricity; the measurement of productive efficiency; the relationship between Christian ethics and best practice business behaviour.

Dr Pollitt is co-editor of Economics of Energy and Environmental Policy and a member of the editorial boards of the Review of Industrial Organization, Competition and Regulation in Network Industries and Utilities Policy. He is also a Research Associate of the Centre for Business Research (CBR) and a member of the Faculty of Economics. He is currently a member of the Office of Rail Regulation's expert advisory panel and an advisor to EdF Energy. Since 2000 he has been convenor of the Association of Christian Economists, UK.

Dr Pollitt has advised the UK Competition Commission, the New Zealand Commerce Commission, Ofgem, Ofwat, ESRC, the Norwegian Research Council, the DTI, the World Bank and the European Commission. He has also consulted for National Grid, AWG, Eneco, Nuon, Roche and TenneT. He is the Coach on the Cambridge MBA's Energy & Environment concentration, and the University's Energy Champion for Policy, Economics and Risk. He is Assistant Director of the Energy Policy Research Group, and a member of the Cambridge Corporate Governance Network.

Before coming to Cambridge Judge Business School, Michael was a lecturer in applied industrial organisation at the Faculty of Economics, University of Cambridge, from 1994-1999. He was a board member and trustee of Viva Network, Oxford, from 1999-2004. In the first half of 2003 Michael was a Visiting Associate Professor in the Department of Economics at MIT. From 2001-2005 Michael was co-leader of the Cambridge-MIT Electricity Project.

In 2005 and 2006 Michael served as Acting Executive Director of the ESRC Energy Policy Research Group. In 2009 and 2010 he was a member of the New Zealand Commerce Commission's expert panel on Input Methodologies. From 2007-2011 he served as external economic advisor to Ofgem, and from 2011-2014 he was an energy advisor to the UK Consumers' Association.