Professor in History of International Relations at Department of Politics and International Studies (POLIS), University of Cambridge 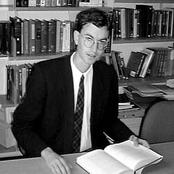 Professor Simms is an expert on European geopolitics, past and present, and his principal interests are the German Question, Britain and Europe, Humanitarian Intervention and state construction. He teaches at both undergraduate and graduate level in the Department of Politics and International Studies (POLIS) and the Faculty of History. He has supervised PhD dissertations on subjects as diverse as Intervention and State Sovereignty in the Holy Roman Empire, Sinn Fein, the American colonist and the eighteenth-century European state system, the Office of the UN High Representative in Bosnia, and German Civil-Military relations.

Professor Simms is a frequent contributor to print and broadsheet media. He has advised governments and parliaments, and spoken at Westminster, in the European parliament and at think-tanks in the United Kingdom, the United States and in many Eurozone countries. The Centre for Geopolitics is designed to draw together all these interests.