Deputy Director of the MPhil in Public Policy at Department of Politics and International Studies (POLIS), University of Cambridge 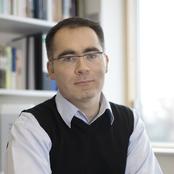 Dr Livesey’s research and teaching focused on the changing economics of technology-based industries and the role that government can and should play in supporting their growth. These issues are critically important for countries such as the UK, as future growth depends on being able to understand how new industrial systems and industries emerge and how the national economy can capture sufficient value as they grow and internationalise. This area has been understudied over the past twenty years as industrial policy and the complementary analysis of the structure of the economy went out of fashion.

Future research on these topics will take forward the critical issue of public leadership for growth. This will focus on two areas. First, the lack of frameworks for modern industrial policy, along with the dominance to this point of neoclassical economics in policy making, means having robust foundations for a new understanding of industrial economics is vital. Second, the processes by which policy is developed, especially on economic and industrial issues, requires further study as calls for evidence-based policy making and open models of policy development are radically changing the policy development process.