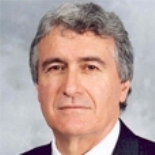 From 1985 to 1992 John Eatwell served as economic adviser to Neil Kinnock, leader of the British Labour Party, and was responsible for much of the work that led to a substantial re-alignment of the Labour Party's economic policies. In 1992 he entered the House of Lords, and from 1993 to 1997 was Principal Opposition Spokesman on Treasury and Economic Affairs. In 2009 he became a member of the House of Lords' Economic Affairs Committee.

In 1988, together with others, John Eatwell set up the Institute for Public Policy Research, one of Britain's leading policy think-tanks. He remains a trustee of the Institute. From 1997 to 2002 he sat on the board of the Securities and Futures Authority, Britain's securities markets regulator, where he developed his interest in securities regulation. He was a member of the Regulatory Decisions Committee of the Financial Services Authority from 2001 until 2006.

Currently, John Eatwell is an adviser to E.M. Warburg Pincus & Co. International Ltd, and to Palamon Capital Partners, LLP. He is also Chief Economic Adviser to the Chartered Management Institute. Lord Eatwell is Trustee at the Institute for Public Policy Research, Non-Executive Director for SAV Credit Ltd, Chairman of the Royal Opera House Pension Fund and Chairman of the Consumer Panel, Classic fm.