Director at Bennett Institute for Public Policy, University of Cambridge 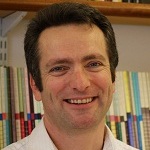 Professor of Public Policy, Department of Politics and International Studies, University of Cambridge

His research interests are primarily in the fields of modern political thought, political ideologies and the role of ideas in public policy. He has also published work on the position of intellectuals in Britain; the history of political science in Anglo-America; the politics of nationhood in the UK; political reform; and the use of the ideas of civil society in international politics. His recent book, The Politics of Nationhood in England: (Oxford University Press, 2014); won the Political Studies Association’s ‘McKenzie’ prize for best book in political studies.