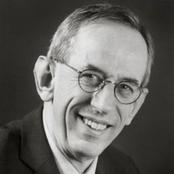 Richard Wilson was born in Glamorgan and educated at Radley (1956-60) and Clare College Cambridge (1961-65). He was called to the Bar but, rather than practice, entered the Civil Service as an assistant principal in the Board of Trade in 1966.

He subsequently served in a number of departments including 12 years in the Department of Energy where his responsibilities included nuclear power policy, the privatisation of Britoil, personnel and finance. He headed the Economic Secretariat in the Cabinet Office under Mrs Thatcher from 1987-90 and after two years in the Treasury was appointed Permanent Secretary of the Department of the Environment in 1992. He became Permanent Under Secretary of the Home Office in 1994 and Secretary of the Cabinet and Head of the Home Civil Service in January 1998. On his retirement in September 2002 he became Master of Emmanuel College, Cambridge, stepping down in 2012.

He remains actively interested in the contribution of academic research to policy making, an interest which led him to take a leading role in the Cambridge University Government Policy Programme which preceded the foundation of CSaP.