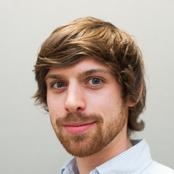 Other research interests include the socio-economic impacts of critical infrastructure failure, either from malicious cyber-attacks, or from natural hazards such as space weather. His work draws heavily on areas of engineering, computer science, economics, business analytics and policy.

Edward has completed a variety of projects with organisations including the UK’s Department for Transport, HM Treasury’s National Infrastructure Commission, the UK Met Office, the Asian Development Bank, Airbus Space and Defence, the Dutch Ministry of Economic Affairs, AIG and the Canadian Space Agency.

Currently, Edward is a Researcher in Residence at Innovate UK’s Digital Catapult, an Adjunct Assistant Professor in Engineering and Public Policy at Carnegie Mellon University, a Visiting Associate in Operations & Technology Management at the Cambridge Judge Business School, and an Honorary Fellow of the British Antarctic Survey. In 2017, he was nominated by the US Embassy for the International Visitors Leadership Program based on his telecommunications research. Edward holds an MPhil and PhD from the University of Cambridge.